Lately, Britain encountered a grand royal wedding and effortlessly it drew the attention of the entire world. No occasion could be as better as grand parties to get all the family members, friends, neighbors, relatives everyone merry making together at one place. 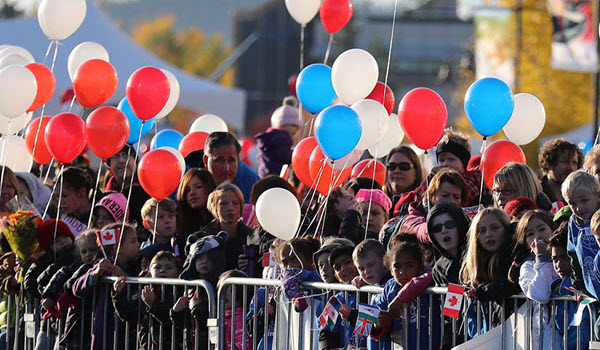 Well after scrolling their eyes on this if one is thinking of the same then this is just the exact place they have entered. When speaking of parties one must have the idea to start the planning process, as it’s not that simple. This content will help one with quite a few tips for throwing the perfect grand street party.

Adding balloons decorations to the party will add more charm to the venue. A lot of
Balloon Decoration Ideas For Party Celebration are available in the internet, so you can grab the idea and make a wonderful decoration. Moreover when it’s a street party decoration, thus decorating with it balloons are one of the coolest elements one can use. Streets means there’s adequate space and one can make the most of it while decorating.

Water Balloon slip and slide at the side of the streets

Decorating the side path with colourful balloons is a great way to pop up the whole look of the party. It not only adds colours and life to the party but also creates a happy energetic vibe to the entire ambience.

Putting Glow Sticks inside the balloons is another great way to light up the party mood. When it’s a grand street party nothing fits best than balloons having glow sticks inside them. The colourful balloons here and there with shinning light instantly lights up the show.

Balloons on the Dining Chairs

Balloons tied up on every single chair around the dining table looks more welcoming. Especially they attract children to sit on the chairs peacefully and play with balloons; a tricky way to keep them occupied in the crowd.

Balloons having polka dots painted on their wall surely is one unique to make the party stand out of the crowd. They not only look decent but also add a vibrant touch to the street party. Paint few of the polka dots with glitter colours so that it adds a twinkle effect when the sun ray falls on it, as well during night time when the light hits the balloons’ body. The glitters give a metallic touch in it. Use round sized brush and start painting after filling the balloons with helium gas in it.

Confetti balloons are in trend these days and no wonder they look pretty. Confetti balloons can prove to be a big hit to the street party wedding as wedding party is all about being all sparkly and happy. Beautiful transparent balloons.

These are some of the idea to dress and glam up the street for a grand wedding party. So, one is looking forward to throwing a royal street party these above tips will hopefully help them to prep the party day.